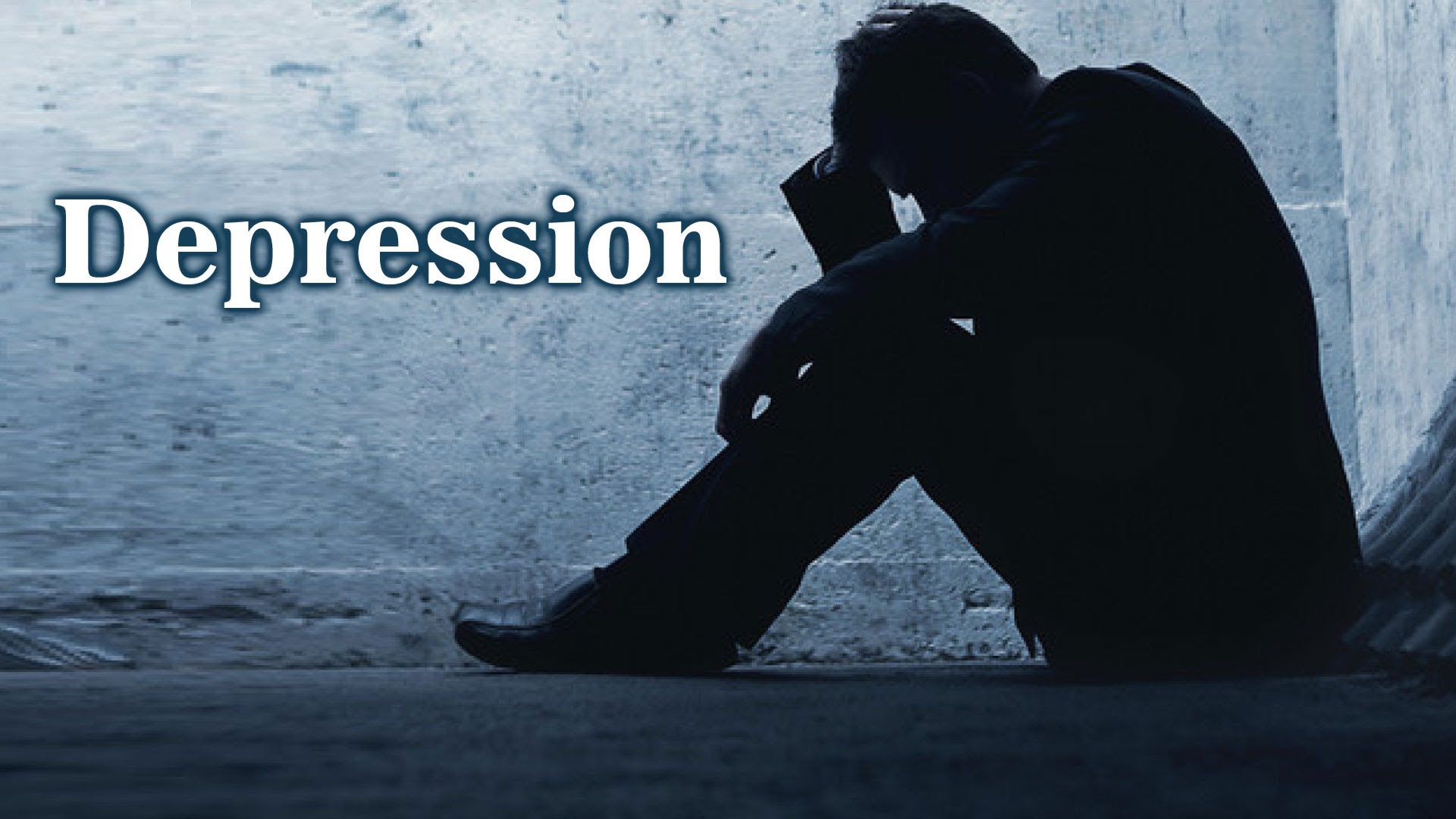 Depression is the leading cause of disability in the world.  In the United States, close to 10 percent of adults struggle with depression.  But because it’s a mental illness, it can be a lot harder to understand than say, high cholesterol.

One major source of confusion is the difference between having depression and just feeling depressed.  Almost everyone feels down from time to time.  Getting a bad grade, losing a job, having an argument, even a rainy day can bring on feelings of sadness.  Sometimes there’s no trigger at all.  It just pops up out of the blue.  Then circumstances change and those sad feelings disappear.

Clinical depression is different.  It’s a medical disorder and it won’t go away just because you want it to.  It lingers for at least two consecutive weeks and significant interferes with one’s ability to work, play or love.

Depression can have a lot of different symptoms.  A low mood, loss of interest in things you normally enjoy, changes in appetite, feeling worthless or excessively guilty, sleeping either too much or too little, poor concentration, restlessness or slowness, loss of energy or recurrent thoughts of suicide.  If you have at least five of those symptoms, according to psychiatric guidelines, you qualify for a diagnosis of depression.  And it’s not just behavioral symptoms.  Depression has physical manifestations inside the brain.

First of all, there are changes that could be seen with the naked eye and X‑ray vision.  These include smaller frontal lobes. On a more microscale, depression is associated with a few things; the abnormal transmission or depletion of certain neurotransmitters, especially serotonin, norepinephrine and dopamine.  Blunted circadian rhythms or specific changes in the REM and slow wave parts of your sleep cycle and hormone abnormalities such as high cortisol and deregulation of thyroid hormones.

But neuroscientists still don’t have a complete picture of what causes depression.  It seems to have to do with a complex interaction between genes and environment.  But we don’t have a diagnostic tool that can accurately predict where or when it will show up.  And because depression symptoms are intangible, it’s hard to know who might look fine, but is actually struggling.  According to the National Institute of Mental Health, it takes the average person suffering with a mental illness, over 10 years to ask for help, but there are very effective treatments.  Medications and therapy complement each other to boost brain chemicals.  In extreme cases, electroconvulsive therapy, which is like a controlled seizure in the patient’s brain, is also very helpful.

Other promising treatments, like transcranial magnetic stimulation are being investigated too.  So, if you know someone’s struggling with depression, encourage them, gently, to seek out some of these options.  You might even offer to help with specific tasks, like looking up therapists in the area, or making a list of questions to ask a doctor.

To someone with depression, these first steps can seem insurmountable.  If they feel guilty or ashamed, point out that depression is a medical condition, just like asthma or diabetes.  It’s not a weakness or a personality trait, and they shouldn’t expect themselves to just get over it, any more than they could will themselves to get over a broken arm.  If you haven’t experienced depression yourself, avoid comparing it to times you’ve felt down.  Comparing what they’re experiencing to normal temporary feelings of sadness, can make them feel guilty for struggling.  Even just talking about depression openly can help.

For example, research shows that asking someone about suicidal thoughts actually reduces their suicide risk.  Open conversations about mental illness help erode stigma and make it easier for people to ask for help and the more patients seek treatment, the more scientists will learn about depression and the better the treatments will get.

Mood naturally fluctuates and everyone experiences highs and lows in their lives, but in some cases changes in mood can become long lasting, debilitating and can impair someone’s ability to hold down a job or sustain meaningful relationships.

It’s estimated that around 10 percent of people will at some point in their lives suffer from depression, a mood disorder characterized by several symptoms; feeling sad, distressed, unmotivated, excessively tired and losing interest in one’s pleasurable activities known as anhedonia.

Many people with depression also suffer from anxiety. Brain imaging studies reveal that many brain circuits that normally regulate mood are dysregulated in depression. Located deep within the brain, the amygdala processes stimuli such as rewards and potential threats. In depression, the amygdala is overactive and responds excessively to negative events.

In turn, the amygdala connects to excessive brain regions that hone the physiological and behavioral response to emotional stimuli. These areas include the medial prefrontal cortex, the nuclear accumbens,  and the hippocampus.  The hippocampus is involved in memory formation and along with the prefrontal cortex is particularly vulnerable to the effects of stress. Depressed people are more susceptible to stress, which can cause physical changes in the brain, including atrophy of the hippocampus.

This and other changes in depressed people may cause inappropriate responses to emotional events. The medial prefrontal cortex is involved in regulating how strongly we react to emotional stimuli. Treatments such as antidepressant drugs, cognitive behavioral therapy and electroconvulsive therapy affect the structure and function of these and other brain regions.

Animal models such as mice are critical in helping us understand the cellular and molecular changes underlying depression and develop better treatments. While it’s impossible to know if a mouse is depressed, mice subjected to chronic stress show some symptoms similar to depressed humans, such as anxiety like behavior, less social interaction and a lack of interest in normally pleasurable activities.

While not all human depression is triggered by stress, these models may still shed light on the biology of depression and are the closest scientists can get while studying mice. As with humans, chronic stress in mice can lead to atrophy of the hippocampus and prefrontal cortex.

Mouse studies have also shown altered neuro-plasticity in various brain regions, including the hippocampus, prefrontal cortex, amygdala and nuclear circumbance. In a healthy hippocampus, experiences can lead to changes in the connections between neurons resulting in learning. These changes are referred to as plasticity. Chronic stress can reduce this plasticity.

Healthy brains also continue to produce new neurons in one part of the hippocampus. These new neurons slowly mature and integrate into the circuitry, while they have a strong effect on activity and behavior. These new neurons are also affected by stress. They reduce the number in stressed brains. These effects may result from reduced levels of  proteins that increase the neural growth and plasticity.

Reduced plasticity may stop the hippocampus from being able to properly regulate the stress response, but it may lead to a vicious cycle by stress perpetuating more stress.

The hippocampus is particularly affected and there can be reductions in plasticity elsewhere in the brain, and together these changes could contribute to other symptoms of depression.

Whether these cellular changes seen in mice are involved in human depression, remains unclear. Most antidepressants available today rapidly increase the availability of the  serotonin and/or norepinephrine. However, improvements in symptoms in patients and mice usually don’t occur until weeks after starting the treatment. While the reasons for this delay aren’t fully understood, prolonged treatment with antidepressants can over time act to reverse some of the changes induced by chronic stress, increasing and rebooting hippocampus plasticity.

Recently, the drug Ketamine found to have a rapid antidepressant effect in patients with depression, as well as in rodent models, with effects lasting for days. By studying the changes in the brain caused by chronic stress and how antidepressants like Catanine work to reverse them, researchers may find new targets for treatment or new drugs that could act more quickly, more specifically or more effectively than currently available treatments.

A Look at Major Depressive Disorder

Also known as major depression or unipolar depression, major depressive disorder is a mood disorder usually characterized by sadness, anger or frustration, for a period lasting from a few weeks to months at a stretch. In this context, unipolar refers to one extreme mood where the patient is depressed; in contrast, bipolar disorder has two poles: depression and euphoria.

The symptoms of major depression include lack of energy/weariness; irritability; social isolation; trouble concentrating; feelings of hopelessness; feelings of guilt or worthlessness; changes in appetite associated with weight loss or gain; a loss of interest in pleasurable activities; or suicidal thoughts or ideas. Severe cases are linked to psychotic symptoms such as hallucinations or delusions.

Women are twice as likely to be affected by major depressive disorder as men. It is most common among individuals in the 25-44 age group, and rare for individuals aged 65 and above. At any given point, up to 9 per cent of women and 3 per cent of men are likely to suffer from clinical depression. It may also afflict children; boys and girls are affected the same rate. People who have a parent or sibling with major depressive disorder are up to three times likely to develop the condition than those don’t.

A number of causes have been attributed to unipolar depression. About 20 to 25 per cent of those who have cancer, diabetes, stroke or myocardial infarction are likely to develop the condition some point during their illness. Alcohol and drug abuse have also been linked to major depressive disorder, as have sleep-related problems and certain types of medication, including steroids. Some mental health conditions that co-exist with the condition are eating disorders, obsessive-compulsive disorder, borderline personality disorder or panic disorder. 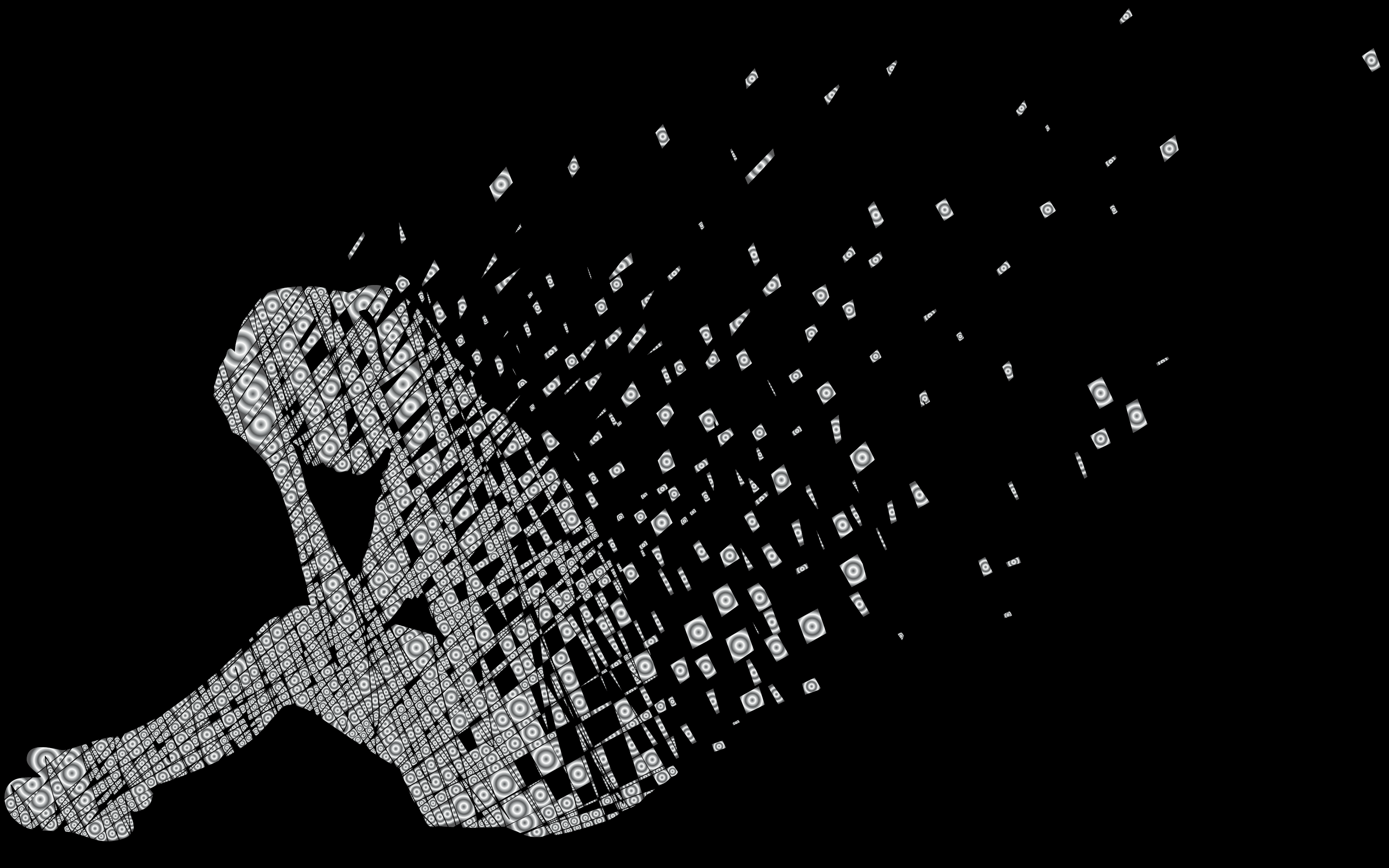